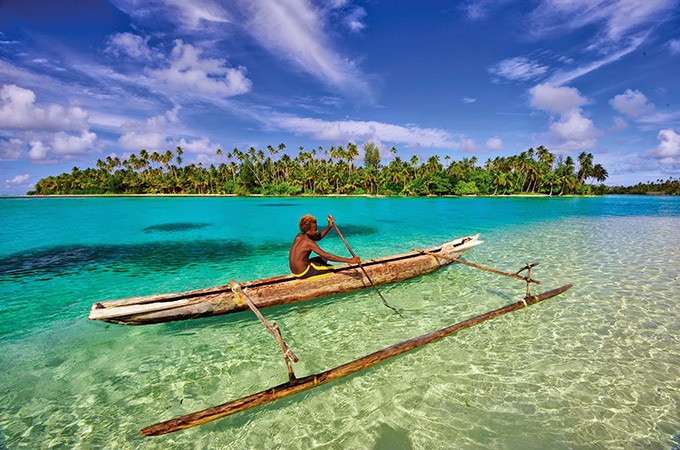 Free from the crowds and blissfully chilled, Papua New Guinea is an island destination nature-lovers, history buffs and couples seeking relaxation will love.

Think Papua New Guinea, and Port Moresby immediately comes to mind. Think adventure, and it’s the gruelling Kokoda Trail. But 60 kilometres to the east of the PNG mainland sits Rabaul. While many Australians have trekked Kokoda, few realise it was in Rabaul that the first Australians died in any war. And it’s a whole untapped adventure playground here just waiting to be discovered. Want volcanoes? Rabaul is home to the volatile Tavurvur and one of the best ways to explore this gurgling gal is to visit the Rabaul Hot Springs, which sits at its base. Or for a bird’s-eye view drive to The Rabaul Volcano Observatory (RVO), which sits high on a hill overlooking the Simpson Harbour.

Yes, there are war stories galore on Rabaul. At the Niugini Club you can explore the bunker of Japanese Commander Isoroku Yamamoto, from where it’s believed he gave his orders to bomb Pearl Harbour. At the nearby Rabaul Hotel, the swimming pool is built on another Japanese bunker.

Along the coast road south towards Kokopo, wander through some of the seven tunnels that the Japanese forced prisoners of war to build. There are in fact 336 of these scattered around the island, and were used by the Japanese to hide ammunition, food, supplies and themselves during air raids in the second world war. Also along the coast road there is a larger tunnel in which lie the remains of five barges that the Japanese used to transport cargo supplies.

There are plenty of captivating war tales, but perhaps some of the best derive from under the ocean – the Kabaira Dive operates snorkelling and dive tours to 12 shipwreck sites off of Rabaul/Kokopo. There’s also a tour out to the Duke of York Islands where a German tank lies in just under five metres of water.