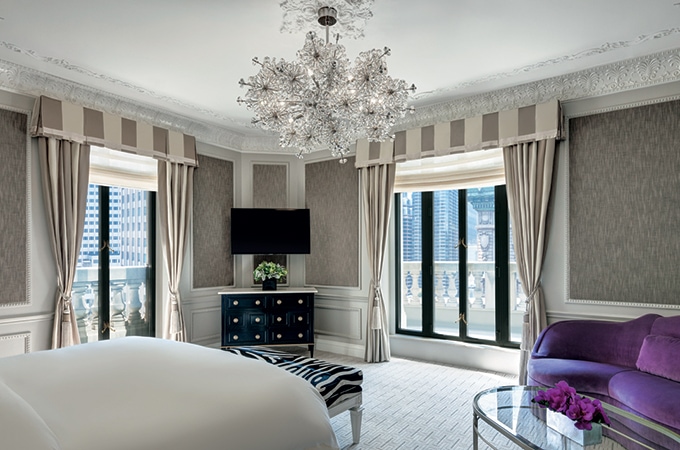 A New York icon has just been treated to a swanky multi-million dollar makeover. Since opening its doors in 1904, The St. Regis New York has always been a style setter but with freshly-redesigned guest rooms, suites and public spaces under the philosophy ‘timeless is modern’ the hotel sets a new benchmark.

The expanded King Cole Bar & Salon features a new culinary offering headed by renowned NY chef and restaurateur John DeLucie. Guest rooms are fabulous but the suites are where it’s at, with the exclusive designer collection of Bentley, Tiffany and Dior suites now joined by three more including the Imperial Suite with European chinoiserie and East Asian furnishings and views of Manhattan to Central Park.

Playing movie stars amongst the glamorous surrounds and having their own cinematic moments on the streets of Manhattan.