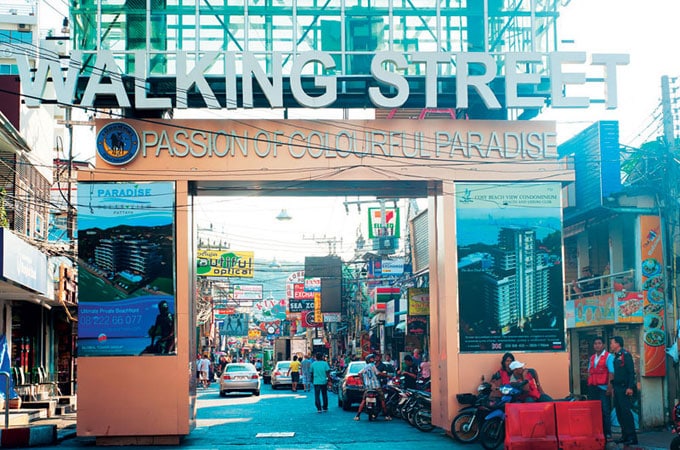 In the October-March 12/13 edition of Holidays for Couples we ask those that live there what it is that they love about this enticing destination!

Read on to get the goss on the BEST wining & dining, romantic restaurants for two, places to chill, hidden gems and of course, shopping!

Park Society & HI-SO at Sofitel So Bangkok, overlooking the greenery of Bangkok’s much beloved Lumpini Park. Park Society is the fine dining restaurant on the 29th ﬂoor, above it is HI-SO – a rooftop bar with a breathtaking view of Bangkok.

Issaya Siamese Club is a great restaurant by Chef Ian Kittichai in a beautiful old wooden house surrounded by a sprawling lawn and tropical plants. Great food, great cocktails and a lovely setting. Fun just for two, but better with a group of friends as you can order more food!
Tip from: Nicola Chilton, Senior Director of Public Relations – Asia Pacific Four Seasons Hotel Bangkok

Jungle Club used to be virtually inaccessible except by 4WD, due to very steep, long, unmade road. It has fantastic views over the whole of Chaweng and a horizon pool built into the rocks. Jungle Club has a very large open restaurant built into the rocks, serving Thai and French food as well as rooms of varying standards and price.

There are hundreds of restaurants in Bangkok located on the riverside of the Chao Phraya River. Few, however, can match the spectacle of a brightly-lit Wat Arun directly across the river from your table like the Deck at Arun Residence. The atmosphere is what makes the Deck a very nice place, but the food is good there too.

An ‘Amore’ dinner, at Dusit Thani Laguna Phuket. Imagine a starry night, an ocean breeze off Bang Tao Bay, sand between the toes, and the most divine flavours plated by Chef Silvano with wine or bubbles to match, and the stage is laid for you and your loved one.

Bangkok’s Thonglor and Ekamai neighborhoods are still where young locals go. There a few pretension-free small bars like Tuba or Shades of Retro and the indie rock bar Sonic that are decent places to chill out, as well as WTF in Sukhumvit Soi 51 is a good small bar to chill.

I have no idea what the real name of this place is (I think ‘The Beach’), however it is located at the far end of Thong Krut and is a restaurant built of wood, on stilts situated in a garden, right on the beach. The couple who run it (Mr & Mrs Noi) are lovely. They also run long-tail boat fishing and snorkelling trips to nearby uninhabited islands where guests can get a taste of the real Robinson Crusoe experience – there is also the opportunity for guests to have lunch on one of the islands at a local restaurant.

Although the place has been in business for a few years now, I personally do enjoy Soul Food Mahanakorn in Thonglor. The owner is an expat, he serves drinks at the bar himself. The food is authentic Thai (Northern Thailand dishes mostly) and the drinks are strong

You can’t beat a walk through the 24-hour ﬂower market, Pak Klong Talad, full of mounds of orchids, bunches of lotus blooms and garlands of vivid yellow marigolds. Avoid the middle of the day as it can get brutally hot, but instead visit in the early morning or at night when you’ll still feel the hustle and bustle. Tip from: Nicola Chilton, Senior Director of Public Relations – Asia Pacific – Four Seasons Hotel Bangkok

It’s not a street as such, but Terminal 21 is a shopping mall that opened late last year and is modelled after an airport (hence the name). It’s not just your average shopping mall full of all the big names, but instead is full of individual boutiques offering fun clothes, accessories and shoes, all at very affordable prices – and all on ﬂoors named and themed after different cities around the world. Try Tokyo for great women’s clothes and London for menswear. Tip from: Nicola Chilton, Senior Director of Public Relations – Asia Pacific – Four Seasons Hotel Bangkok

If you want to party as you can only in Thailand, then Stephen Bennett recommends Walking Street, South Pattaya.

And for Best Accommodation, Holidays for Couples suggests taking a look at the collection of luxurious and romantic accommodation in their Thailand Travel Directory.