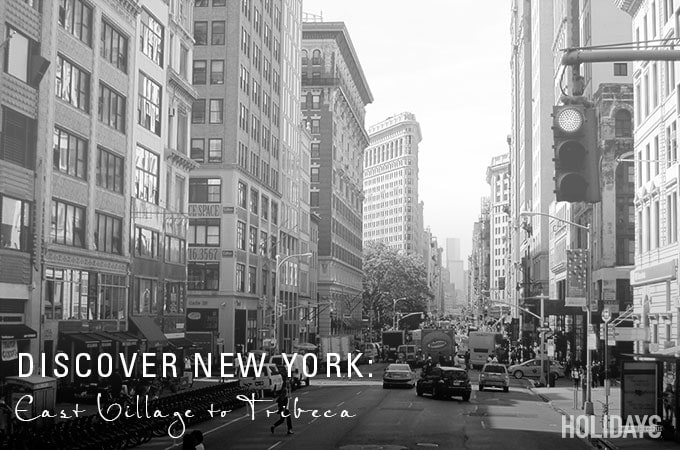 Going on a New York romantic getaway or honeymoon with your sweetheart? Our guide to some of the most quintessential areas in New York City – Chelsea, Greenwich, the West Villages and Meat Packing District – will help make your romantic adventure a breeze.

This part of Manhattan has starred in so many television series and movies that you’ll feel at home straight away as you recognise the streets and buildings which featured in so many famous scenes. These delightful tree-lined streets of townhouses, intimate restaurants, bars and unique boutiques are, we think, quintessential New York. They are the city’s most sought-after districts, which is probably why so many stars such as Katie Holmes, Nicole and Keith, Julia Roberts, Susan Sarandon, Sarah Jessica Parker and many more choose to live here rather than Upper Manhattan.

… who enjoys a laid-back bohemian atmosphere rather than the pulsating energy of Midtown, and would prefer to stay in a Brownstone apartment or a boutique hotel and really get to know Manhattan like a local, not as a tourist. Stroll the avenues and backstreets looking for atmospheric cafes and unique boutiques; couples shouldn’t mind using the subway to travel to all the other areas sightseeing, but can’t wait to get back to their more sedate neighbourhood.

… walking the High Line, an old elevated freight line that’s been transformed into a scenic walkway and park which runs high above the streets of Chelsea and its famous art galleries and market from W30th to Gransevoort Street downtown in the Meatpacking District. There are many lovely little cafes and restaurants in Chelsea and Greenwich Village including the amazing array inside Chelsea Markets. The Meatpacking District is the edgy part of town with some of the city’s most sought after restaurants and late-night spots housed in the rambling old buildings that grace the century-old cobblestoned streets.

Stroll the crooked, confusing streets of Greenwich Village and spend hours watching the street performers in Washington Square Park near the New York University. Don’t miss calling into Eataly at 200 Fifth Ave opposite the famous Flatiron Building as it’s the most amazing Italian marketplace outside of northern Italy,but not only that, there’s a range of fabulous eateries and a rooftop beer hall – worthy of more than one visit!

Music lovers should make their way to Cafe Wha? at 115 MacDougall Street Greenwich Village as it was the original hangout of Bob Dylan and Jimi Hendrix and still rocks the night. Have a ‘happy hour’ or two at 230 Fifth Rooftop Lounge (between 26th & 27th) for the best view of the city (even overlooks the Empire State Building!).

Splurge: The Standard High Line Hotel at 848 Washington at 13th Street straddles the High Line offering stunning views across the Hudson River to New Jersey with all guest rooms featuring floor-to-ceiling, wall-to-wall glass! On-site restaurants, cafes, bars and biergarten ensure guests are well catered for 24 yours a day – a unique hotel in an equally unique location.

Best value: An apartment can be great value especially if more than one couple are travelling together; it also offers a lot of freedom to cook and spread out if you’re staying more than a few days. There are a few good sites such as BestAptsNYC, Homeaway, AirBnB and OneFineStay, so start researching.

Delta Air Lines operates daily nonstop service between Sydney and Los Angeles with convenient connections to New York all booked on one ticket. Choose BusinessElite® for the best experience with 180-degree full flat-bed seats with direct aisle access from every seat and a 15.4 inch screen with state-of-the-art entertainment system with an extensive library of movies, TV shows, music and games.